A master in capturing the fluid dynamics of water and its ability to reflect light, Hoe Say Yong studies the ripple of still water with zeal – producing soothing paintings of the most abundant compound on Earth’s surface – presented in a multitude of dimension expressed in organic form and rich palette.

Hoe Say Yong seeks inspiration from the challenges of capturing water’s characteristics – mysterious, undulated, transparent, tranquil – the antidote of life is represented in the utmost captivating manner. Over the span of almost three decades picturing the mirror image of water, the artist has produced a number of series namely Reflections, Imagery and the latest titled Inner World which presents a body of work created directly from mind to canvas. Having spent the past two decades (and counting) painting the iconic theme, the artist has developed an exceptional degree of familiarity thus possessing cognisant memory of the subject matter.

There is a Taoist proverb that observes nature: “No one can see their reflection in running water. It is only in still water that we can see”. That in Hoe Say Yong’s works are we able to envision these words of wisdom being depicted. The shadows of manufactured materials on ground level such as street buildings are reflected onto the deeper world of nature as demonstrated in House by the River (1999) and Window II (2003).

A symbol of purifier in most religious faiths, water has also been the essential source of life since the beginning of time. The convergence of spiritual
essence and artistic endeavours not only create harmony but also exude melodic visual experience as illustrated in Flutter In The Wind 迎風招展 (2014).

As time progresses, Hoe Say Yong has acquired perceptual strength to convey his inner preoccupations through bold brush marks and thoughtful palette resulting in the formation of a signature theme earned through perseverance and passion. This exhibition aims to showcase his development framed in the context of time. As the saying ‘still water runs deep’ goes – a calm exterior often conceals great depths of character, just as the deepest streams can have the smoothest surfaces – reflect the wisdom of the man behind the brush himself. 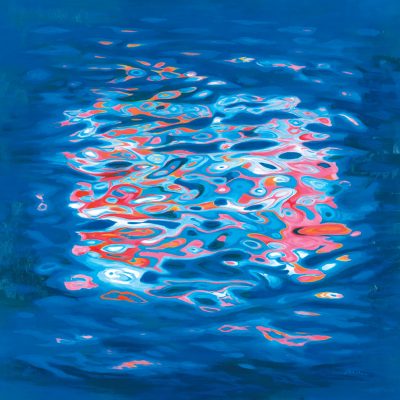 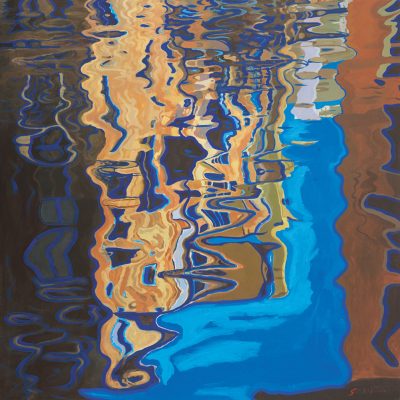